full reviews »
Casino of The Month
This month our online casino of choice is:
Aladdins Gold Casino

The principal law governing betting and gaming in England and Wales was the Betting Gaming and Lotteries Act 1963, (the Act) covering games of chance, and lotteries as well as betting. The part of that law dealing with Gaming was repealed by the Gaming Act 1968. The parts dealing with lotteries, prize competitions and amusements with prizes were repealed by the Lotteries and Amusements Act 1976. Part I of the Act still covers betting.

"Bet" is not defined but is said not to include a bet made or stake hazarded in the course of gaming.

The Royal Commission on Lotteries and Betting 1933 described a "bet" as ‘a promise to give money or monies worth upon the determination of an uncertain or unascertained event in a particular way. It may involve the exercise of skill or judgement.’

The law distinguishes bets which are and which are not ‘wagers’ The Gaming Act 1845, s18 provides that contracts by way of wagering are void and unenforceable (as are gaming contracts) whilst other betting transactions are binding legal agreements. In practice betting conducted by bookmakers usually on horse and dog races is usually wagering and pool betting by football pools and totalisators is not wagering.

Wagers are bilateral bets in which one side may win or lose. In law the difference between a wager and a bet is; for a bet to be classified as a wager it must be possible for each party to win or lose, for bets of other sorts, for instance if one party cannot win or cannot lose, this would not be a wager.

"Competitions" are events where promoters provide and run competitions offering prizes to secure entries in exchange for entry fees (which may be regarded as payments to the promoter as consideration for providing the competition. The promoter’s obligation to provide the prize to the winners results from his running the competition, not from the resolution of any contingency between him and any of the individual competitors.

"Pool Betting" may exist even when there is no pool of stakes as the Betting and Gaming Duties Act 1981, s10 provides that: -

The effect if this provision is that certain types of competition, so called ‘Fantasy’ competitions, may fall within the definition of ‘pool betting’ and be liable to pool betting duty.

"Lottery" prior to 1960 there was no statutory definition of lottery and the concept is determined with reference to case law. The Gaming Act 1968 contains a definition of gaming broad enough to include some forms of lottery. Control of a lottery which is not gaming is to occur under the Lottery and Amusements Act 1976 (LLA). A lottery, which is also gaming, is, subject to exceptions, governed by the Gaming Act 1968. The Exceptions are the National Lottery, where the Lottery is permitted the LLA, lotteries where ‘amusements with prizes’ within LLA and lotteries played with gaming machines. Permitted lotteries include small lotteries, private lotteries, societies lotteries, and local lotteries. The more complex a game, where the result depends on more than three determining factors, the more active participation of the players, the more likely it is that it will be gaming rather than a lottery.

"Gaming" is defined in the Gaming Act 1968, s 52 to mean ‘the playing of a game of chance for winnings of money or money’s worth, whether any person playing is at risk of losing money or money’s worth or not’. Central to the concept of gaming is the playing of a game and whether a game is played in any particular circumstances is a question of fact. Gaming may take place when there is no bet and conversely, there may be gaming, which involves betting.

"A Game of Chance" has since the 1960 Act been an essential element of gaming. The definition in the 1968 Act provides that a game of chance is a game, which can include an element of skill but skill alone, will not bring a game within the definition.

The guiding principal of the 1968 Act was that people who wished to take part in gaming should be allowed to do so, provided the circumstances were such that the gaming could be carefully controlled and commercial exploitation prevented. Serious gaming is only permitted on licenced proprietary clubs or registered members clubs subject to significant and stringent control by the courts, the Gaming Board, the local licencing authorities, and the Secretary of State. In addition there are restrictions on the number of clubs, which may be licenced for gaming as casinos under the 1968 Act. 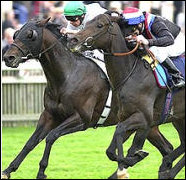 "Game" for a particular activity to fall within the definition of gaming in the Gaming Act 1968 it is essential that there are persons playing a ‘game of chance’ A ‘game of chance’ is defined above but it is necessary to consider the initial issue of whether a game is being played. ‘Game’ is not statutorily defined but assistance may be obtained from the cases and the commentaries. First it has been suggested that whether participants are playing a game or not is a question of fact. There is no conclusive test and it is necessary to look at the whole of the circumstances in determining the issue. Second, a contention that a game has been played must be supported by some evidence of active participation on the part of the persons said to be playing. The players must or exercise some degree of skill or make some choice, a ‘player’ cannot be passive. Third, it appears that the playing of a game will usually involve some degree of communication between the persons said to be playing it.

The issue is complicated by Section 26 of the Gaming Act 1968 which provides that a ‘game’ of chance may be played by a player by means of a machine. Whilst it is possible to imagine a player as playing against the proprietor of the machine, there is obviously no communication between the two participants. And Further s 52(6) of the same act recognises that not all games will involve playing against other players.

It has been suggested* that, each case should be decided on its own facts but that while the active participation of players will remain a key issue in deciding whether a game is being played, some degree of communication will attendant on that participation. Second, in view of the increasing importance of electronic communications and in particular the internet, is likely to diminish the significance of the lack of physical meeting of the players. Third, in respect of most activities it will be necessary to show come degree of communication between the participants of an activity in order to support a contention that a game has been played.

In the event that a bookmaker is established in an offshore jurisdiction, s9 (1) of the Betting and Gaming Duties Act 1981 restricts the extent to which it is permissible to advertise or otherwise promote his services in Britain. **

An internet casino could not be licenced under the Gaming Act if the activity could be said to be ‘gaming’, as the activity could not be said to take place on the premises, nor should playing take place where the public would have access. There may be ways of operating genuine gaming from an internet operated from the UK if the charges for playing complied with the Gaming Act.

In Internet Blackjack and Internet poker, in which cards are dealt to the computer and to the player, cards are discarded and the player ‘backs’ himself; such activity may well qualify as ‘gaming’ and less capable of being analysed as betting. They will be unlikely to be lotteries as there will be sufficient skill to avoid that.

It appears likely that a virtual gaming machine on an internet site would involve gaming rather than betting. The player is not forcasting an event, he is simply hoping that some combination may turn up.

It is possible that a virtual gaming machine might be held to be a lottery and not gaming. There is no lottery scheme involving a distribution of prizes. The participants might be said to be playing a game and so being gaming and a lottery it is not unlawful. The participation of the ‘player’ is, however, very slight in a virtual game.

Lottery tickets may not be sold via a machine and must be sold manually. Offshore lotteries that provide the ability to procure tickets online may have difficulty advertising and promoting such lotteries lawfully within the UK independently of such publicity as may be provided on the Internet itself.

The internet recognises no national frontiers. In the case of content called up by a person in the UK provided by an operator situated outside the UK utilising a server also located outside the UK, can it be said that there is anything done within the jurisdiction which is amenable to regulation in the UK? The restrictions and prohibitions imposed by British gambling legislation are enforceable ultimately through the criminal law. On one hand the criminal law is territorial in effect. On the other hand a foreign individual may be liable to the jurisdiction of the English courts if he does an act abroad which has effects in England. It seems reasonable that this would apply to a foreign corporation.

In the case of Britain, it will be necessary to analyse the activities of the offshore promoter of the gambling and the ISP who may be amenable to the jurisdiction of the English courts and the customer in the UK to see whether their activities could be said to fall within the jurisdiction of the English courts. It may be possible to distinguish between the mere passive provision of an internet site offshore (which could be said to involve insufficient positive conduct to fall within the terms of the British legislation) and the engaging in the provision of interactive services from an offshore site to a British participant which, it could be argued, would or might fall as being conduct which had effects within the jurisdiction.

The internet is not invasive or published in the same way as other media. Users have to actively seek out the site they are interested in viewing. There is no audience being subjected to a continuous stream of material. What one user is able to see on an internet page will be different from what another will see. It could be said that a page is viewed at the request of the viewer. It is one to one communication and the provider who is in effect being dialed up from abroad commits no act in the jurisdiction.

There are certain rules regarding the use of the phone, the place where the contract is made, who is accepting who’s ‘offer’ at the time of the making of the contract which may influence the place of the ‘business’ being done and the whereabouts of the operator of the online casino. It may be arguable that there is sufficient positive conduct by the offshore promoter to fall within British gaming legislation, but the practical difficulties of locating and identifying the relevant offshore site and securing evidence of its activities may prove an enormous obstacle in the way of enforcing the law in such a case.

This month our online casino of choice is:
Aladdins Gold Casino